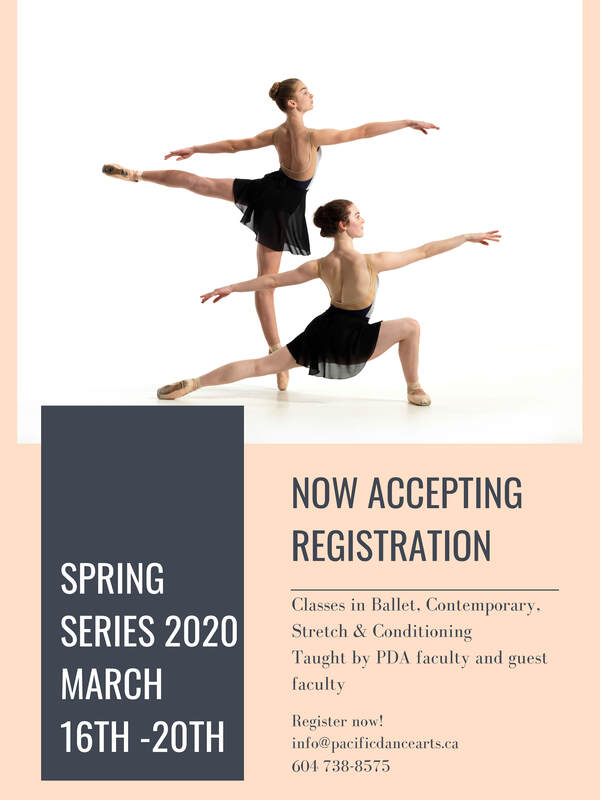 Justine Fraser:Justine was born and raised in Penticton BC, where she was introduced to dance at the age of three. Mentored by numerous great teachers and guest artists, Justine developed a movement foundation deeply rooted in both classical and stage dance. At the age of 14, Justine's passion and deep commitment to dance lead her to leave home and move to Vancouver BC, where she would begin her professional training at Pacific Dance Arts. As a student, Justine spent her summers training at a variety of schools, under scholarship, including the Banff Centre for Performing Arts, Boston Ballet School, and the Royal Winnipeg Ballet. Under the mentorship of Li Yaming, Justine would go on to represent Canada as a finalist dancer in both the 2009 New York Grand Prix, and as a semi- finalist in Beijing’s International Ballet Competition in 2008.
​Justine completed her formal training in 2012, under the mentorship of Alonzo King in San Francisco CA, and has since performed as a guest artist with numerous Canadian and American dance companies. In 2012, Justine joined Ballet Jorgen, where she was a soloist dancer for Bengt Jorgen's 25th anniversary tour of Swan Lake. Throughout her time with BJC, Justine was fortunate enough to perform principal roles, featuring Contemporary and Classical dance works, with both Danza Corpus and Les Petit Ballet, in Toronto ON, under the direction of Jose Carret and Mercedes Bernardez.
It was during this time that Justine developed a hunger for new movement and an interest in alternative approaches to her classical foundation. This hunger lead Justine to return to Vancouver where she would continue to investigate and research new ways to expand her classical training as an educator, choreographer, and freelance dance artist.
Currently, Justine teaches and choreographs, throughout Western Canada. She is also the Artistic Director of Reforming Art Productions - a Contemporary Dance Company dedicated to creating innovative dance works and further developing high caliber training opportunities for the next generation of professional dancers. She looks forward to sharing her passion for contemporary dance with attending students.

Katrina Bois:Born in Langley, Katrina received her formal ballet training at Pacific DanceArts under the direction of Li Yaming. She also had the opportunity to study with a number of reknowned dance artists including Karen Kain, Marquita Lester, Kathryn Warakomsky, Johnny Chang, Evelyn Hart, Peggy Baker, Margie Gillis, and Toru Shimazaki, among others.
As a professional dancer, Katrina danced with Stadtteatre Bremehaven in Germany under artistic director Joerg Mannes and with Texas Ballet Theatre, under Ben Stevenson. Ms. Bois toured internationally as the lead in Marius Petipa's ballet Paquita, performed numerous classical ballets dancing with Ben Stevenson's Texas Ballet Theater and recently participated in the Opening Ceremonies of the Olympics alongside Ballet BC and Alberta Ballet dancing in “Cathedral Grove”, choreographed by Alberta Ballet artistic director Jean Grand-Maitre.
Katrina began teaching while also a dancer, in 2004, and quickly became known for her rehearsal skills. She has staged numerous classical excerpts including "Swan Lake" Act II, "Raymonda's" Grand Pas de Deux, "Paquita," and “Kingdom of the Shades,” among others and coached individual dancers for such international events as the USA IBC, the YAGP Finals and the Beijing International Ballet Invitational.
Katrina began working with Coastal City Ballet as Rehearsal Director upon its inception in 2011. Since that time, she has had the privilege to stage Gisele Bellot’s “Nuances”, Renata Pacheco’s “Monasterio”, and Elizabeth Alexandre's "La Barre" as well as rehearse classical excerpts and world premiere choreographies from Li Yaming, Farley Johansson, and Wen Wei Wang. In addition, Katrina has rehearsed and staged full-length ballets such as Irene Schneider's Hansel and Gretel, A Midsummer Night's Dream, Coppelia, Cinderella, Swan Lake and Giselle.

​​Marco Esccer: ​Bachelor in Classical Dance graduated from the National School of Classical and Contemporary Dance of México City. During his academic training he danced with the National Dance Company in the National Auditorium, Bellas Artes, El Castillo de Chapultepec and La isleta del Lago de Chapultepec. He also made several seasons at the Theater Raúl Flores Canelo in which he participated as an interpreter, choreographer or illuminator. Course the Diploma in Research, experimentation and artistic production: Transits; and the Diploma in Dance Therapy taught by Sensodanzaterapia A.C. He attended the Ballet Intensive Summer Course at the Jeoffrey Ballet School in New York 2014. He participated in the Carnival of Mazatlan 2015 and 2017. He was part of the ranks of Ballet Independiente A.C. July 2015- July 2016 in which he traveled by the national tours in Campeche, San Luis Potosi, Querétaro and Sonora, among other states. Also dancing in prisons and Mexican theaters such as the City Theater and Bellas Artes. He was in the final of the Internal Choreography Contest of the Independent Ballet. He participated in performance with Far Alonso in his choreography Altius Fortius Sitius.  Participate in the project Romeo and Juliet with Rising Arts A.C. October 2016. He was part of the Prodanza company of Thania Prado and danced in Convexus ballet by Francisco Rojas, company with which they toured the interior of the republic and in Ecuador during 2017. He has taught ballet, contemporary dance, Jazz, Pole dance, corporal expression and Bachata for 7 years in various academies. He has been hired as artistic director in photo shoots. He realized the choreography of a short film made by the CCC. Winner in the First New choreographer competition un 2018. Dancer of Cecilia Lugo in Danza Capital 2018-2019. Public Relations of Rising Art A.C. since 2018. Currently dancer in Coastal City Ballet season 2019-2020.